Get fresh music recommendations delivered to your inbox every Friday.
We've updated our Terms of Use. You can review the changes here.

from The Man by Doctor Striker 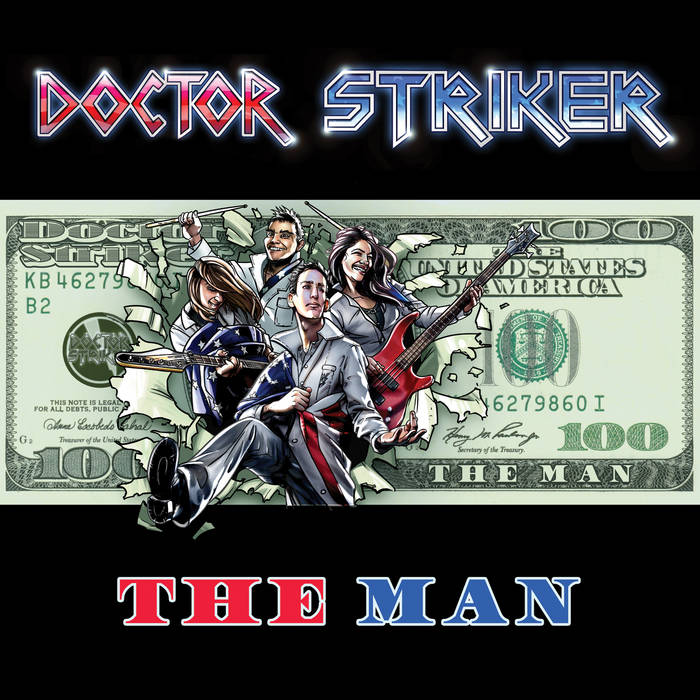 Story Behind the Song

I accidentally went to a prosperity cult meeting. It was a grand experience.

I met this guy who said that he found a wonderful solution to make it in the music business. You would just become a professional speaker, and play your songs in front of corporations.
Basically, they hire you for a 45 minute speech, and you play 3 songs, and give a short talk for each song. 10 minutes of talking, 5 minutes of song, 3 times, for about $10000.

I thought it was a wonderful idea. He had a seminar down in San Diego.

I went with a bunch of my friends. I was broke and on food stamps at the time, so I barely made it there. I tried sleeping in my car to save money the first night and I almost got towed.

I made it to the event.

It was 3 days long. The first 2 days we spent talking about our feelings and getting to know each other. He gave a little bit of advice on how to get corporate speeches. He talked about God a lot.

On the third day he told us he was selling a "Music Mentorship Program", priced at $24000, but he'd sell it to you right then for only $1000 a month if you committed immediately.

He then pulled a committee of people who had bought his program last year. They all said they were making tons of cash. One woman said she was selling life coaching sessions for $500 a piece. "I now live in a life of ABUNDANCE instead of SCARCITY."

Then for the finale, he gave this speech. I wrote down his whole speech. I took the best lines for this song.

I watched people who were desperate and poor line up and give him their life savings. One woman had MS and could barely afford her health. One woman was broke caring for her mother, but still coughed up $12000 to give to this multi millionaire.

Strangely though, I decided to try out the corporate speech idea. Here's the website- www.doctorstrikerevents.com

Money loves to live with its family

Money loves to live with its family

Bandcamp Daily  your guide to the world of Bandcamp